You are here: Home / Dick Ghilotti 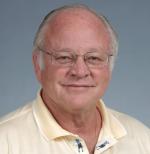 Currently managed by Richard and nephew, Brian Ongaro, Ghilotti Construction Company has been headquartered in Santa Rosa for over 10 years, and has grown from a company with revenues of $12.5 million, to a company with revenues in excess of $70 million. Major projects completed include the $50 million dollar renovation of Sears Point Raceway, $20 million dollar site development at the Big Rock Ranch for George Lucas, $16 million dollar Geysers Pipeline project for the City of Santa Rosa (the only 1 of 8 phases completed on time and within budget), and the $10 million dollar site development project at Maycama Golf Club.

Richard currently lives in Marin with his wife Nancy and youngest son Dino. His oldest son, Willie, lives in Petaluma and is an Equipment Operator for Ghilotti Construction Company. Richard’s oldest daughter, Michelle, recently married and is currently residing in Amsterdam on a job assignment with her husband.