You are here: Home / Darryl Hawkins 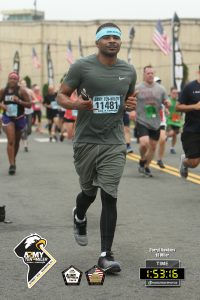 Darryl Hawkins works for Comcast/NBC Universal as the Vice President Operations for the NorthEast Bay area of CA. As the market leader his responsibilities include providing leadership for all aspects of the market including Technical Operations, Finance and Human Resources. Prior to his current role he was the Senior Leader for Comcast “Regional Operations” in Southern Arizona, his responsibilities include P&L, External Affairs, Technical Operations, Vendor Management and Sales Performance. Previously, he spent the last 18 years at Verizon Communications, most recently as the Sr. Director Customer Operations PA ($1.2B P&L).

Hawkins has more than 20 years of experience in telecommunications and has held various Executive positions with increasing responsibilities since joining Bell Atlantic in 1997. In previous roles he led teams responsible for Service Delivery, Human Resources, Marketing, Contract Management and Sales. Hawkins has a strong passion for the youth in our community. He has developed various internships within Verizon to help provide opportunities to at-risk youth across the country. He is also an avid runner and loves yoga! Hawkins is a former United States Marine and a native of Washington, DC. He holds a Bachelor’s of Science in the Administration of Justice from UDC, a Masters of Business Administration (HRM) from Indiana Wesleyan University, and has completed a three year Doctorate program in Organizational Leadership from Walden (DBA – ABD).