You are here: Home / Leslie Perry

Leslie Perry is a true leader in Sonoma County and beyond. Mr. Perry has practiced law in Sonoma County since 1975. He is a founding partner of Perry, Johnson, Anderson, Miller & Moskowitz. 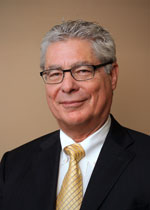 Mr. Perry is admitted to practice in California, Ninth District Federal Court of Appeals and the United States Supreme Court.