You are here: Home / Alon Adani 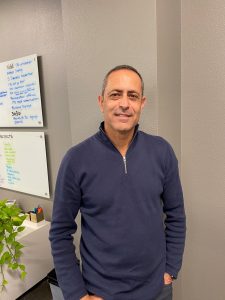 Alon Adani’s commitment to the North Bay community is a consistent value and can be seen in his consideration of all current and potential projects and partnerships. His work in giving back to the community can be seen through Cornerstone Properties, as well as 180 Studios, North Bay Makers.

180 Studios is a makerspace in Santa Rosa providing workforce training programs and classes to the North Bay community. Alon and Cornerstone are large supporters, donating both money and space to this non-profit organization. Following the fires, 180 Studios acted as an evacuation center for Keysight Technologies employees and their families.

Currently, Alon is working on an infill, transit-oriented, master plan development consisting of four sites, located at the heart of downtown Santa Rosa and Historic Railroad Square. These projects can create substantial housing projects for the community, as well as many service-based amenities such as childcare, a grocery market, health clinics and shared gathering spaces.  He is working closely with the City of Santa Rosa, as well as many other local partners to make this vision a reality.